This is my 1949 Spartan Royal Mansion. I bought it from a man in Florida eight years ago. I paid $2000 for it, delivered. I stuck it in my shed and haven’t touched it.


In January 2020 I decided it was time to work on it. Inside the shed it was really dark and kind of scary, so when my brother and his girlfriend were here one weekend I made them help me move it outside. I don’t know what I’m going to do with it yet. I just want the room.

The shed spartan is a yard spartan now.


I’m missing a wheel on the right side. This is a 30’ trailer with 2 axles. The men that delivered it borrowed a wheel off another truck they had and they took it with them when they left. I’ve been trying to find a replacement this whole time.

I decided to try moving it with just three wheels. I think it would’ve worked better if my grandma’s old isuzu was a little higher. The hub was gouging out the ground. We really wore out what was left of that old truck’s poor clutch too.

I actually bought two Spartan Royal Mansions in 2012. The other one was manufactured in 1951. It was missing an entire axle. I paid $900 for it.

I repurposed the 1951 Spartan straight away. I wasn’t sure what I would do with two of these revolting old trailers, but since there were two available at the same time it just seemed logical to get a spare.

It worked out pretty great for the real glass marker lights. The one with both axles only had one light, but the other one had the other three. So I should be able to rig up some new brackets with LEDs to make this one have some neat lights on it.
Inside Ally Mo there was a cabinet randomly sitting in the middle of the observation lounge. This was moved from its original spot because the previous owner wanted to get the refrigerator out. He said it still worked and he was using it. I let him have it. I still have the original refrigerator from the 1951 Spartan. It did not work. I took the compressor out and refinished it and use it like furniture.

Here's some photos of the refrigerator from the 1951 Spartan. 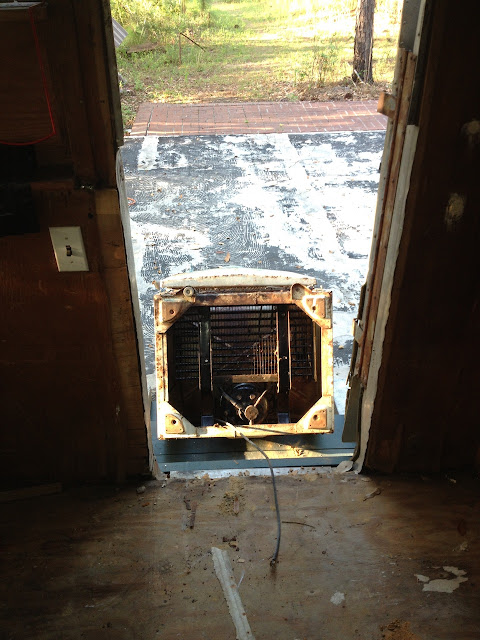 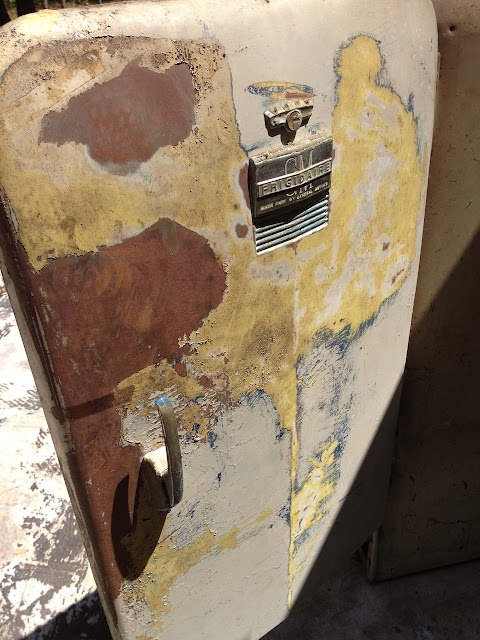 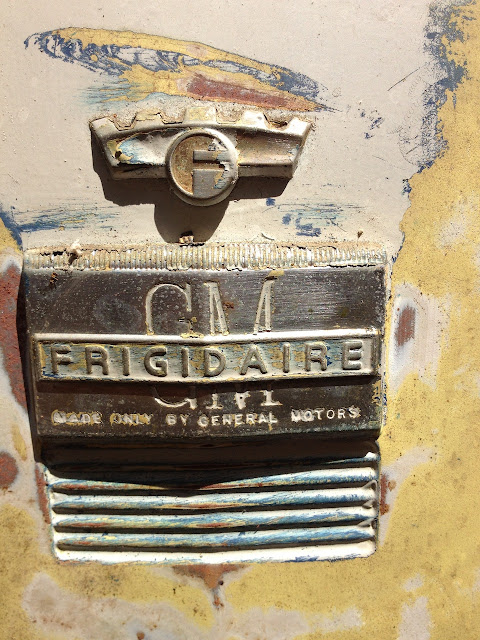 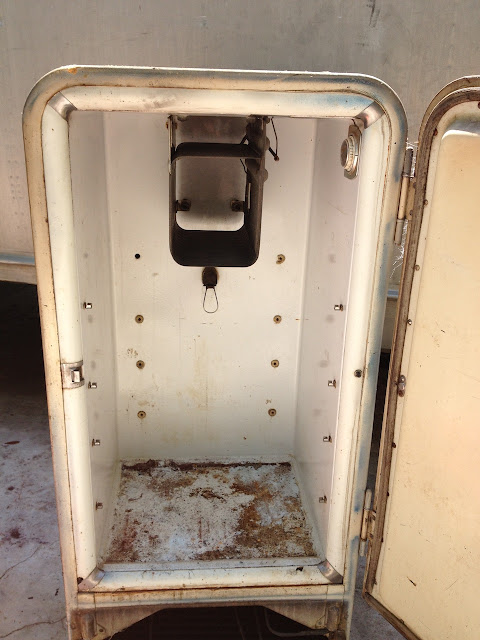 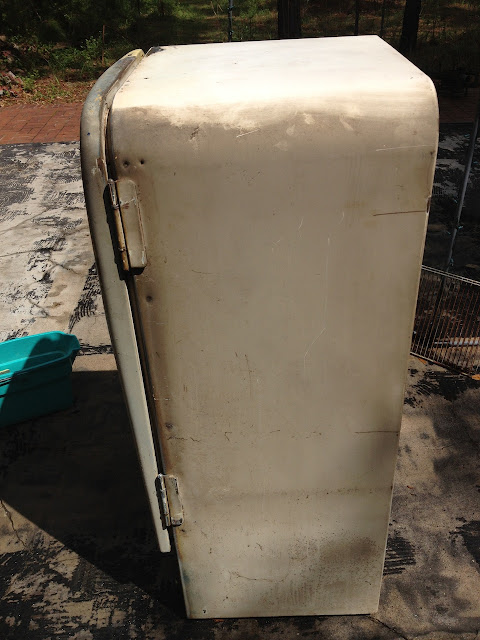 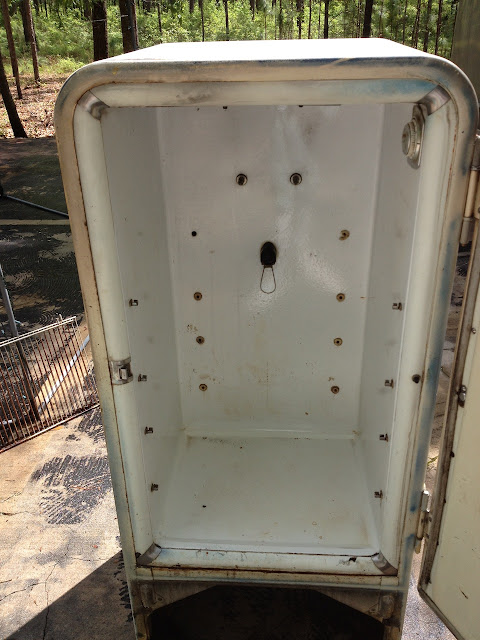 Here it is after I cleaned it up and took it to an auto painter and had it painted BMW Speed Yellow because I thought that was hilarious. Fastest refrigerator in the fifties.


Here are some closer photos of some of the bad spots on Ally Mo's aluminum skin.


I'm not that worried about all this exterior damage because it was fun patching all the stuff like that on Ally Min. Here's some examples.

I don't know what I'll do with the doors on Ally Mo. I want them to not let lizards and frogs come inside. And roaches. I will think about it.